Blogger Apology (or at least, a very sorry excuse)

Procrastination makes jerks out of good people… at least that’s the excuse I’m sticking to for why I haven’t updated this blog in a deplorable 6+ months.

I do have a couple other excuses to pull out, though. And since I would never EVER recommend anyone going so long without a proper update, maybe one of these reasons will stick to your sympathetic side.

In what feels like old news now, I am very happy to announce my new gig at Orderit.ca officially on my blog. Under the title of ‘Engagement Manager’, I have taken on an amazing role with an awesome, passionate, food meets tech focused team.

I get to wear several hats including community manager and marketing strategist, while working on the new Orderit.ca site launch. I’m also doing tons of food photography, restaurant events and EATING; this is a great role for me. 🙂 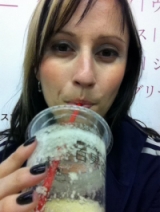 Although it was now months ago, my trip to Japan in early April made a huge impression… And also left me pretty much exhausted. Upon accepting my new position, I also decided to jaunt over to Tokyo for a week. The intensity of the trip still leaves me breathless, but in a good way that makes me want to go back as soon as possible.

These videos of the Sakura Blossoms and the Jigokudani Monkeys give a small glimpse in to the magic I experienced in Japan: 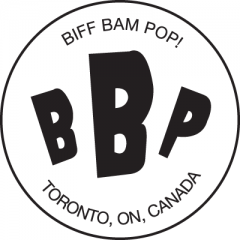 Perhaps the best excuse I can offer for my lack of blogging on this site, is the attention I’ve been lavishing on BiffBamPop.com. With my Cartoon Cuts and Movies features, a massive holiday gift guide in the works, as well as the release of our upcoming horror anthology, my new role of ‘Associate Editor has really taken on weight; but in the best way possible. Editor and founder Andy Burns is helping to fuel my nerd passions and, in the process, keep me sane.

So that’s the short version of my long apology. I know as well as anyone, that it’s crucially important to keep your blog up to date and relevant. So I’m hoping that, with these sorry excuses, I can get back to my regular writing habits. As always, thanks for being so patient in the interim.